Tronics SAY! WHAT IS THIS and WHATS THE HUBUB BUB in stock now!


Hey DIY/ Underground music fans! We have a few more copies of the two latest installments from Les Zarjaz in stock. Read about them below:

TRONICS- SAY! WHAT IS THIS? LP

Say! What Is This? is a collection of early, previously unreleased and rare Tronics recordings from between 1978 and 1983.

Tronics, led by Ziro Baby, who issued records between 1979 and 1983 are a musical rarity. The releases brought Tronics and Ziro Baby, then and since, great acclaim being noted in the music press as “a swamp God”, “the essence of Rock n Roll”, “arguably, a pre-cursor for English Post Punk and Indie music” and being credited for issuing the first independent cassette album in 1980 that started the cassette music boom that continues today. Despite the successes of the Tronics releases, being continually highly sought after and loved by so many, Tronics and Zarjaz Baby - the name that Ziro works under today with his group Freakapuss - remain rare, mysterious and enigmatic underground phenomena, 90% of which is previously unreleased material that has never been heard by the general public.

What’s The Hubub Bub originally appeared in 1980/1981, and was so far ahead in its approach to songwriting, performance, recording, and presen- tation that we’re just now catching up. Issued at the height of the British post-punk renaissance, on cassette only, it presaged the DIY underground movement in this country by several years, and until now, has been more rumored than heard. Recorded mostly live to cassette, the album has an astonishing breadth, taking in and transmuting savage rock’n’ roll, tender ballads, tape experiments, and in the case of “The Shark Fucks”, bona fide anthems. Ziro Baby (now known to comrades as Zarjaz Baby and fronting the incredible group FREAKAPUSS) and his songs have held sway with hundreds of the underground cognoscenti for decades now, cassettes of Tronics albums being passed around like secret handshakes. It remains a singular example of true self-expression, whilst at the same time rocking harder than (fill in almost any band‘s name here). 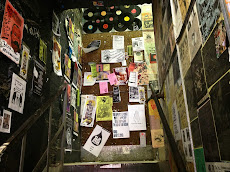